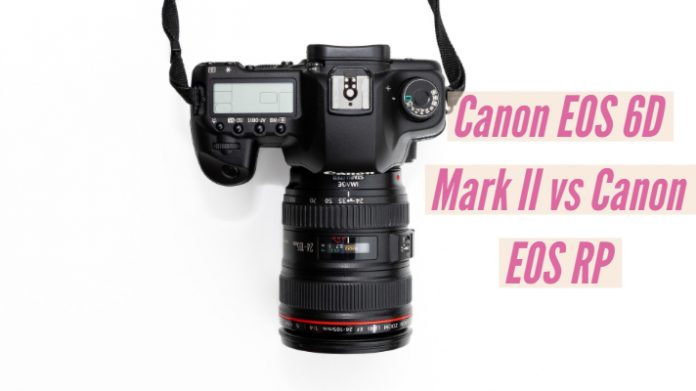 Canon has been one of the most prominent manufacturers when it comes to the high end and professional DSLR cameras. A couple of years ago, Canon launched its entry-level basic model Canon EOS 6D Mark II  in the full frame DSLR camera options. However, the recent launch of Canon EOS RP has overshadowed it as the next best thing that can happen in the entry-level offering. How do these two cameras compare with one another? We will explore the two cameras and compare them (6D Mark II vs Canon EOS RP) to find out the best purchase among them.

The Canon EOS 6D Mark II was the much-awaited successor for the 6D launched in 2012. It enhanced the performance of 6D in terms of speed and performance. However, there was no significant improvement observed in the image quality.

The camera also has become an enhanced performer with an improvement in sensor and ISO range. There is also an improved autofocus system and continuous shooting performance. However, the price is considerably higher in comparison to the model that it looks to replace. That is precisely what necessitates a discussion on whether the cost is justified.

Some of the features it offers justify the pricing. The camera comes with a host of smart features not found on the original model. The rounded contours and an innovative button layout are a few features making it a great choice for prosumers. You have access to a new 26.2 MP sensor in tune with most of the cameras in its range. The new Canon Dual Pixel CMOS AF sensor is an added advantage, especially for in-video focusing. This ensures a faster phase detection autofocus features. It comes with a 45 point all cross type autofocus feature one of the best features of the 6D range.

The Digic 7 combination provides you access to a better ISO range of 100 to 40000. This can further be expanded to up to a range of 50 to 104000. The higher ISOs and higher resolution make it a perfect low light performer. The higher frame rate is yet another added advantage at 6.5 frames per second.

That said, the EOS 6D Mark II has a few limitations as well. It cannot shoot in 4K. However, it offers you access to an HD video shooting at 60 fps. It provides you a five-axis in-camera digital stabilization for your movies. 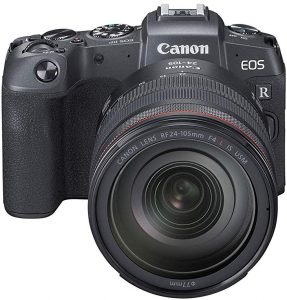 Well, Canon is an excellent option when it comes to offering good alternatives to budget-conscious consumers. The EOS RP is an attractive option with a few great features, but one that would not break your bank balance.

It is an excellent option in the affordable cameras with mirrorless full frame compatibility and 4K shooting capability. It has been marketed as the populist variant of the high-end Canon EOS R. It sits comfortably alongside the Canon EOS 6D Mark II. It does share a host of features and functions similar to the 6D Mark II.

The Digic 8 image processor powers the camera. It shares the same 26.2 MP sensor as on the 6D Mark II. The ISO range stands at 100 to 40000 with the expandable range reaching up to 102000. The Dual Pixel CMOS AF sensor is yet another common feature that it shares with the older model. The autofocus system has a whopping 4779 autofocus positions.

The camera can shoot 4K at 25 fps, but will not be able to use the Dual Pixel AF functionality and offers 1080p recording at 50 fps with the Dual Pixel AF sensor features. Of course, it does not come with a considerable number of killer features as such but attempts to stay ahead of the Canon 6D Mark II. Some of the features that stand apart are Focus bracketing and semi-automated focus tracking mode. However, there is no in body image stabilization available on the camera. But, you can get similar performance with Canon’s Dual Sensing IS technology when you use it with the RF lenses.

Ideally, it can be considered to be the enhanced mirrorless version of the 6D Mark II with 4K shooting compatibility. The best still images are indeed one of the features you would want to opt for it. The camera has been launched explicitly for those looking for an advanced camera at affordable pricing.

Having gone through the individual concise reviews of both the competing siblings, let us now move to compare them on a feature to feature basis.

The Physical properties and Body

If the front area plays a significant role in deciding the camera size, Canon EOS RP is considerably smaller in comparison. It is also quite light when compared to the Canon EOS 6D Mark II.

It goes without saying that when portability is a concern, a lighter and smaller option can be a good alternative. However, outdoor shooting will need protection against dust and splash, which is available on 6D Mark II.

The Canon EOS 6D Mark II is powered by LP-E6N battery, while the EOS RP has an LP-E17 power pack. The former will provide you 1200 shots per charge, while the EOS RP can reach up to 250 shots per charge. However, one of the advantages offered by the Canon EOS RP is that the power pack can be charged using a USB cable. This can prove to be advantageous if you are a traveler who carries your cameras on every trip that you undertake.

This should be one of the prominent aspects of a camera and goes a long way in understanding the image quality. A larger sensor will ensure a better light sensitivity and thus a better low light performance.

The Digic 8 image processing on the EOS RP ensures an improvement in noise reduction, color accuracy, and processing speed. Rest of the features and functions offered by the cameras remain almost equivalent.

Now that we have covered almost all features through a tabular comparison let us check out a few features not discussed in the above discussion.

What makes the EOS 6D Mark II a great option?

Now that we have compared the two devices in complete and finer detail, here are the basic features that go in favor of the Canon EOS 6D Mark II –

Which features go in favor of EOS RP? 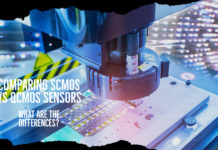 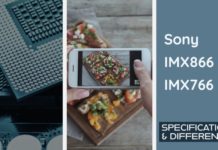