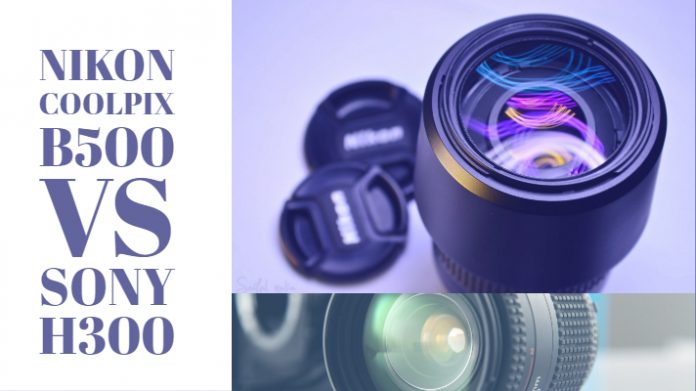 Well, when it comes to cameras – Sony and Nikon have been known to be the two popular manufacturers. If you are looking for the best superzoom cameras for your needs, the two best options from these two that have been attracting a few customers are the Nikon Coolpix B500 vs Sony H300. Launched in 2016 and 2014 respectively, these two have created enough interest in the superzoom category. How do these cameras compare with each other? Let us check out the features of these superzoom cameras in more exquisite detail.

What is A Superzoom Camera?

Superzoom is a new industry norm when it comes to the cameras that are not as expensive as the DSLRs but offer a better zoom capability. There are times when you need to images right from the front and close. But, you may not be able to get that close and personal – physically. That is where the Superzoom cameras can come in handy most of the times.

Let us check out the two superzoom cameras based on a few critical parameters. We will go with a tabulated comparison for a better understanding.

As we can find, the Nikon Coolpix B500 is smaller among the two competitors. Weight can be a significant factor as long as carrying the camera is concerned. However, both the competing devices do not seem to differ much regarding physical weight.

Sensor size plays an important role regarding image quality. In our case, both the cameras offer you the same performance standards regarding sensor size. However, given the fact that Nikon B500 and Sony H300 have a two-year difference between the two of them, we would expect Nikon B500 to offer better performance. Newer sensors have been observed to come with better functionality.

The Nikon B500 offers you slightly wider coverage than the Sony H300. Rest of the features tend to be almost similar.

We present a complete comparison chart for the other features so that we would be able to get a clear overview of both the cameras and their strengths.

In fact, on account of these features that the B500 from Nikon takes the lead over Sony Cybershot H300 as you would be able to make out through the comparison.

Features in Favour of Sony H300 as against Nikon Coolpix B500

Features in Favour of Nikon Coolpix B500 as against Sony H300

Where does Nikon Coolpix take an upper edge in comparison to the Sony H300? Here are few comparative differences-

Well, based on the comparison above and the points scored by each of the cameras, we would consider the Nikon Coolpix B500 as better equipped to meet the needs a camera buff – whether a hobbyist or a professional.

Apart from the specific points that we have outlined here, the Nikon B500 offer you a better sensitivity and a higher resolution. A few additional features like an articulated screen add up to the usability that the camera provides you. A compact size, more battery life and a full HD resolution video recording are a few other features that would put it ahead of the competition as against the Sony H300. The connectivity features offered on the Nikon camera can be another feather in the cap for the B500 given the importance that the connected devices gain in the current scenario.

Having gone through all the specifications and the features, we would indeed conclude that the Nikon Coolpix B500 is the best catch in comparison to the Sony Cybershot H300. 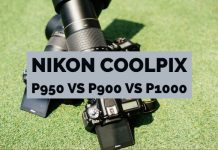 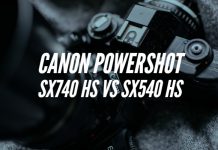 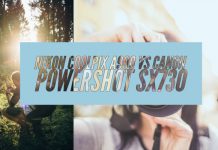