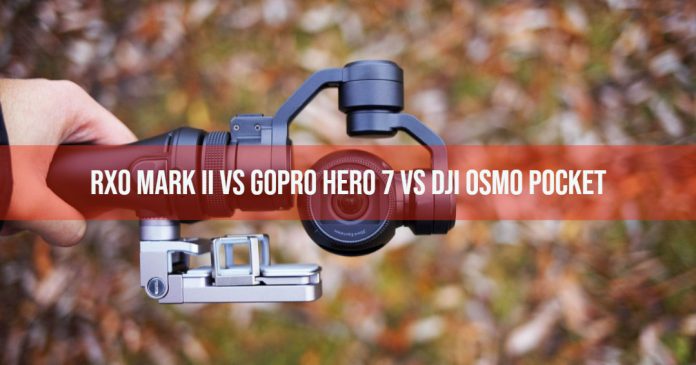 In today’s article, we are comparing the RX0 Mark II vs GoPro Hero 7 vs DJI Osmo Pocket. These are popular choices amongst vloggers and movie makers.

The action cameras are on the verge of becoming one of the essential choices for video content makers. The more significant players like Sony have now witnessed an area that was entirely dominated by players like GoPro Hero series who invented this genre.

The launch of Sony RXO Mark II should be a clear indication to prove the popularity of it. We thought of comparing the three capable devices in the sphere of action cameras so that you would be able to find the best among them based on what you are looking for in them.

We will compare and explore the Sony RXO Mark II, GoPro Hero 7, and DJI Osmo Pocket in today’s post.

Sony RX0 Mark II – What does pack in? 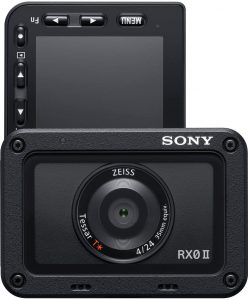 Of course, the Sony offering may not be the perfect choice if you are looking for the best action cameras, but it should also be a perfect alternative in many ways. On the face of it, the camera looks much conventional and still packs in a few rare and unusual features inside.

While the camera can work as an excellent choice for an action camera, but it appears to be a little like a compact camera. It comes with the typical one-inch sensor, and that would seem to beat the GoPro Hero series in its own game, but in practice, it fails to do so.

In terms of looks and appearance, it resembles an action camera. Given the price, we were expecting a solid build and found it precisely the same. The front has a toughened glass construction. The casing is made of magnesium alloy, which has much of aluminum content, making it look and feel quite premium enough. Designwise, it appears a little dumb, while on paper, it should ideally be a perfect luxury for a professional action camera shooter.

The screen can flip out and lets you shoot beyond your eye level. It can be flipped 180 degrees, which should be an added advantage. The camera offers excellent functionality for you if you are a vlogger.

This is a feature you would not expect on a GoPro, and that would be an added advantage. There are a few other added advantages from the durability point of view. It is waterproof to up to 10 meters, can withstand shock from a fall from 2 meters, and can take a crush of up to 200 kgs.

When it comes to the interface, it features a somewhat cumbersome interface and comparable to a high-end compact camera. Sony is notorious for user interface menu mazes. This can make it a little challenging to use and may need a short, steeper learning curve.

You have access to one inch 15.3 MP sensor. This should translate into an enhanced low light performance and a better dynamic range. It can shoot 4K video, which should be another advantage. The image stabilization is not up to the mark, though. If you are looking for complete functionality, better use it with a tripod. 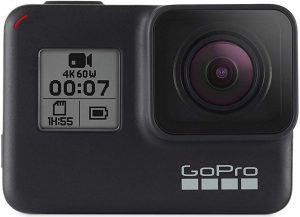 When you think of action cameras, GoPro Hero 7 should be an excellent option for your requirements. The high-end image stabilization is what should make it one of the formidable options by every standard.

The camera comes with a wide range of features and functions that make it a viable competitor to the other players like Sony RXO Mark II or DJI OSMO Pocket. An advanced image stabilization technique called Hypersmooth (EIS) should be the hero feature that we liked the most. You also have access to an excellent functionality to live-stream your videos to Facebook.

In terms of design, you would find the same features as in the previous versions. There is an enhanced microphone membrane this time that provides you with improved sound quality. You have a rubber finish and a waterproof design for up to 10 meters. You also have access to a two-inch touch screen on the rear. You also have access to voice options for making it easier to work with your camera.

The most significant feature enhancement, as we already stated, is the Hypersmooth functionality, and it is one of the best options compared to the previous generation electronic image stabilization feature available on other GoPro devices.

Moreover, the stabilization works even with 4K recording at 60 fps. TimeWarp is yet another unique feature introduced for the sake of the Time-Lapse recording option. The new SuperPhoto mode is yet another jewel among the elements that would configure the settings based on the scene.

The 1/2.3-inch sensor provides you with a perfect option for providing access to excellent performance in terms of image quality. The battery capacity reads around 1 hour 45 minutes if you shoot at 1080p at 30 fps.

However, if you shoot 4K videos at 60 fps, you should get about 45 minutes of battery backup. The high-end video quality, professional image stabilization, and ease of use are a few features that make it a great choice.

If you like Gimbals and also are looking for the smallest ever 4K camera, then this must be the right option you would want to go with. It features a three-axis mechanical gimbal design for providing you access to enhanced functioning.

The camera is specially designed for use with vloggers and YouTubers. The f/2.0 aperture should be a perfect choice for use with enhanced low light performance. The three-axis Gimbal, coupled with object tracking, are a few options you would love for the best cinematic experience. Of course, there are a few shortcomings like you do not have access to waterproofing functionality, which is a must for action cameras.

The camera is quite small in construction. It comes with a carry case for enhanced protection. The USP of the camera is the mechanical Gimbal that enhances your image stabilization. You can have access to an improved level of cinematic camera effects, thanks to the three-axis mechanical Gimbal.

You have access to a wide range of shooting options that include Photos, Video, Slo-Mo, Timelapse, or Panorama. The camera lets you shoot 4K and 1080p videos at 60 fps and 30 fps. The controls are a little fiddly. However, still, you will find the best performance in terms of battery life, video quality, and a perfect camera efficiency.

If you are into vlogging, the DJI Osmo Pocket should be a perfect alternative for the other two cameras featured here. The only issue you would find with the camera would be the audio performance that may not live up to the expectations. The focusing ability of the camera can be held in high esteem. The slow-motion functionality is yet another huge plus point.

The battery life is yet another advantageous feature, and you should get around two hours with 4K at 30 fps.

Having checked out the best features that each of these competing options among the best action cameras, we thought of comparing them in a side by side comparison for a clearly understandable functionality.

Let us check out a few basis feature comparisons between the three cameras to understand which one you should opt for. Of course, you may have come to choose the best option that meets your needs based on the concise review and specific side by side comparisons.

The Hypersmooth stabilization offered by GoPro Hero 7 is an excellent feature, and the brand markets it as Gimbal like stabilization. While Sony has provided a good stabilization on its camera, it isn’t as impressive as that on the GoPro.

If you are into action photography, one of the major events you would be shooting include sports activities. In such a scenario, it may be a good idea to check a camera with perfect slow-motion features. GoPro and DJI Osmo Pocket provide you with the compatibility of slowing down the 4K shoots by 50 percent. The Sony camera does not offer a slow-motion at 4K, but you have access to a perfect slow-motion capability at 1080p.

If you considering the battery life to be a plus point, DJI Osmo Pocket should be the worst of them all. Not because it does not offer you a better battery lie, but because it comes with a built-in battery. The other two options come with an interchangeable battery, but Sony can be disappointing as it offers you just 35 minutes of backup when shooting in 4K.

Which One would we recommend?

Well, if you are seriously considering a perfect action camera, the Sony RXO Mark II may not rightly fit the bill. Of course, it has a larger sensor and appears to be impressive enough. It does come with an increased low light performance and an expanded dynamic range. It can be a good camera for general photography requirements. However, when you consider the action camera needs, we would want to go with GoPro hero 7.

In essence, all three cameras are worthy of the features that they are made of and have their specific characteristics making them a fantastic action camera in themselves. The actual choice would be dependent upon your personal preferences, and the above comparison should be of much help for you to decide the best that meets your needs. 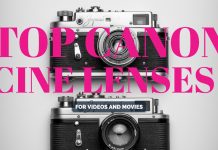 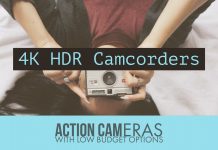 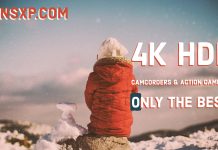 GigaPixel Staff - November 10, 2020
0
When it comes to the camera sensors on smartphones, Sony has been upping its ante and has even competed with the Samsung sensors with...