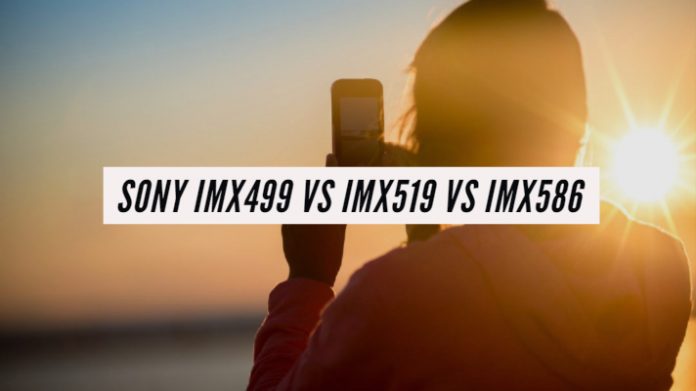 Exmor by Sony is one of the most solid options when it comes to camera sensor modules for smartphones. Before we can find the differences and similarities between the different Sony sensors, let us check out what do Exmor sensors from Sony mean. After we go through an overview of the sensor technology, let us compare the three formidable sensor options viz IMX499 vs IMX519 vs IMX586 in more detail.

What is the Sony Exmor technology?

Exmor is the new, ever-evolving high-end technology developed by Sony for the phone camera systems. When it comes to Exmor technology, Sony has so far produced six different generations of the camera sensors.

How does it work?

Exmor is specifically a technology developed on some of its existing CMOS sensors. It helps you perform the analog to digital signal conversion along with the two-step noise reduction technology.

These noise reduction technology will run parallel to one another in each of the CMOS sensors.

The technology lets you make use of the less expensive CMOS sensors in their projects. This assists a design engineer in developing new vision systems more effectively.

How do the new Exmor RS sensors offer better performance? The system comes with a back-illuminated and stacked structure. This will help you provide an advanced camera performance.

The unique stacked structure will help improve camera performance. The design was originally developed in August 2012.

Having understood the technology history behind the Sony Exmor sensors and how effective they would be, here is a comparison between the different sensor types.

Let us check out the differences between different sensors –

It should be interesting to note that compared to the other two options, the IMX 586 is found to be available on a wide range of smartphones as of now. The 48 MP functionality offered by the sensor should make it an excellent choice for your needs in high-end photography.

A Little more about the pathbreaking Sony IMX 586 sensor

The new sensor launched by Sony, the Sony IMX586 was considered to be the world’s highest resolution image sensor for mobile phones when it was launched in 2018. It takes the image sensing to the next level with an effective resolution of 8000 x 6000 pixels.

The pixel size also assumes a lot of importance when it comes to the performance of a smartphone camera. If the pixel size is too small, you will end up with a poor low light photography performance. Sony is attempting to solve this issue with the Quad Bayer color filter array technology.

This means, even when the sensor comes with the smallest pixel size of 0.8 microns, it combines each of the pixels with the three adjacent pixels producing a 1.6 microns size. This is the technology that Sony claims to enhance the low light photography and the overall image quality.

When the sensor was launched back in 2018, there were critical doubts about the technology taking off. However, with several smartphone manufacturers opting for the new sensor. Sony seems to have proved what it had claimed last year while announcing the IMX 586 Exmor RS sensor.

That was complete information on the sensors from Sony viz IMX 499, IMX 519, and IMX 586. They differ from one another in terms of functionality and features, despite belonging to the same genre. The IMX 586 has been considered to be the best among the three competing sensors from Sony.

We hope that you understood the essential factors features and specifications offered by each of these sensors. It should be noticed that the sensor alone cannot determine the quality of the camera on your smartphone. The camera app and software will also play an important role here. The similar sensor used on different devices should offer you different results in most of the cases.

If you have used the smartphones with the sensors featured here, do share your thoughts and experiences with us. 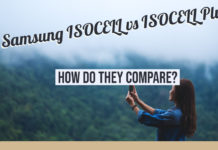 Samsung ISOCELL vs ISOCELL Plus – What’s the difference? 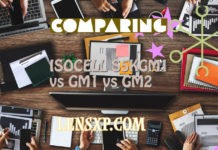 Comparison of ISOCELL S5KGM1 vs GM1 vs GM2 – Specs and Differences 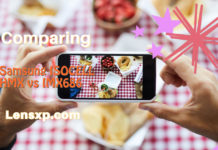