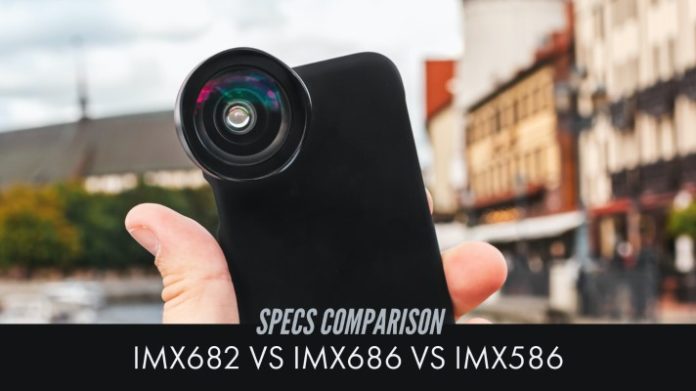 When it comes to the camera sensors on smartphones, Sony has been upping its ante and has even competed with the Samsung sensors with its gigantic 108MP sensors. The latest Samsung Galaxy M31s recently launched in India has been one of Samsung’s rare devices that surprisingly ditched its own Samsung GW1 64-megapixel lens with the Sony IMX682.

From that perspective, we thought of checking out and comparing three of the best camera sensors from Sony in today’s post. For the sake of this comparison, we will pick Sony IMX586, Sony IMX686, and Sony IMX682. Of course, there is not much information available about the third sensor competing, which seems to have been reserved for the likes of galaxy M31S, which is a budget device.

If you look at the Xiaomi Redmi K30 5G and OnePlus 7T Pro, you will witness the two Sony camera sensors competing with one another. The Xiaomi device comes with the Sony IMX686, while the OnePlus 7T Pro offers you the older Sony IMX586.

The prime difference between them would be the size. The IMX686 has a diagonal of 1/1.72 inches while the IMX586 is ½ inch in size. However, the pixel size remains the same at 0.8 microns on both.

As long as pixel binning is concerned, both of them offer the same technology. The Quad Bayer color filter technology used both the sensors combines the two adjacent pixels to form a single pixel. That would provide you images in 12 and 16 megapixels. Sony claims this technique would increase the photosensitivity in your images.

When it comes to the daylight shots, there are a few differences observed in the performance shown by the two competing sensors. The IMX686 provides you detailed shots and image sharpness. It also shows more image content when compared to IMX586.

If you come to the night shots, once again, you would notice the sensor reaching its limits despite the pixel binning in force. You would notice the same phenomenon on the Sony IMX586 as well. However, once again, the image noise is a little heavier in the Redmi device that uses Sony IMX686. If you are not using pixel binning, the massive image noise is seen to be increasing further. In fact, there is no noticeable advantage associated with upgrading to IMX686. If you do not have enough light, both the Sony sensors do not provide better clarity in the images.

Even then, the comparison between IMX586 and IMX686 shows that Sony has not achieved better standards with the new IMX686 sensor. Especially in terms of low light photography, we found them suffering to provide a better performance degree.

The IMX686 supports 4K resolution video recording at 30fps, which another added advantage. The ability to capture 9248 x 6944 pixels with real-time HDR support should be something you would find rather impressive. We would look ahead to the improvement in terms of an enhanced experience. Competing with the likes of Samsung GW1. In fact, Sony has been competing fiercely with Samsung and has been making an all-out effort at beating the Korean player in its own game.

The Sony IMX682 – A New Entrant on the horizon

The Sony IMX682 sensor was first spotted on the Honor 30S phone and then on the Samsung Galaxy M31S. The sensor offers you access to a 64 megapixel with f/1.8 aperture + AF, 1.6um pixel size, and supports EIS / AIS image stabilization.

The sensor comes with the IntelliCam features that would let you take images through the unique Single Take feature. You should be able to take 7 photos and 3 videos in one take.

There are not many details about the new sensor, and we may need to wait for a detailed analysis from the manufacturer. However, the sensor’s availability on a Samsung device should perhaps stand proof to indicate the efficacy of the brand.

We will compare the two options, viz IMX686 and IMX586, to arrive at the right degree of comparison between Sony’s two competing sensors.

Well, the IMX686 definitely comes with a huge potential as long as the capabilities are concerned. It would perhaps be the key area that the smartphone manufacturers need to utilize the sensor’s full capacity. The chromatic aberrations observed on the Redmi K30 may have more to do with the product quality and implementation rather than a concern with the sensor itself.

In fact, the IMX686 does have a lot we can desire from it, but the proper functionality would be possible only with the right algorithms that would help minimize the image noise. Proper software can help achieve better results from the IMX686.

The demand for high pixel image sensors has continued to grow consistently and has become the key differentiator in the long run. 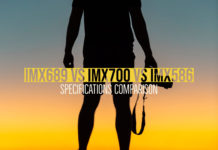 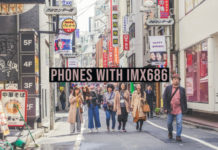 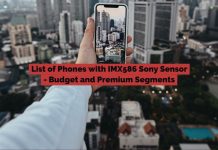